This is the email Mr Joy sent to Godaddy to complain about copyright infringement to have OpUniteblue.com taken down. 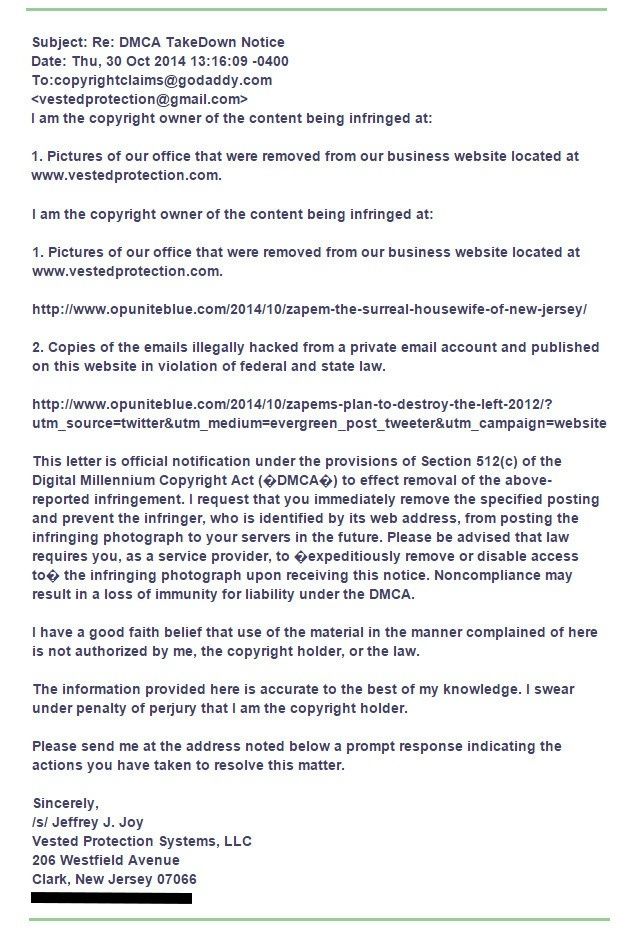 Mr Joy claims that pictures of his office were taken from his business site but the disputed picture is actually a screen capture taken from Google maps. His claim is not true.
Mr Joy also claims emails were illegally hacked. Once again, this isn’t true. It’s been reported on several blogs that the emails were released by a Breitbart staff member. There are audio recordings of the email’s author, Michele, complaining about the emails being released but she doesn’t mention anything about hacking.
Mr Joy is presenting himself as the copyright holder of these emails. He swears this under penalty of perjury. He did not write the emails therefore he is not the copyright holder.
So we responded, disputing his claim to be the copyright owner.

Ironically, our hosting contract ends on November 25th and the site was moving to a faster host. Mr Joy has 10 days to respond to our counter claim. If he chooses to pursue this in court, he'll be traveling out of state. And he'll get anti-slapped. 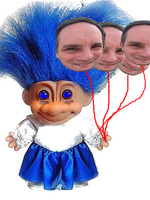