Dear Troll, You are nothing but a waste of time. How to report tweets.

Dear Troll, You are nothing but a waste of time. How to report tweets.

Dear Troll, You are nothing but a waste of time.

If you have the misfortune to have your tweet thread, or your timeline, jumped by one of these twitter handles:

then you have met a troll from Cypress, TX.

He tries to intimidate people with any personal information that he can find on their timelines.  He is enthusiastically cryptic about what he wants from you, as his only goal is intimidation.  Like many trolls on twitter, if you pull back the curtain, he is just an insecure jerk that deletes his timeline to avoid suspension.

He is also married and actively seeks out female tweeters in the hopes of some allegiance.  I know one such tweeter that ruined her entire twitter experience by being hood-winked into a DM romance.

He is a long-time troll. 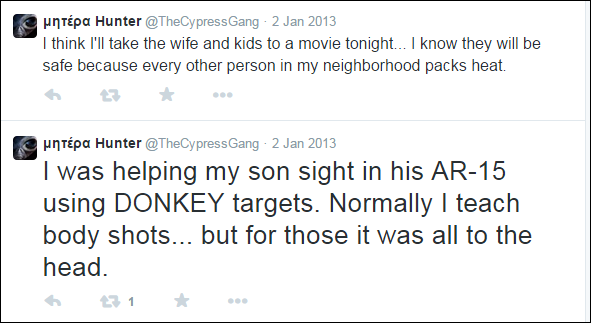 Most trolls are just jerks with a keyboard.  My advice? Pull back the curtain, engage #OpPfft and shun with a report tweet/block.  You and your friends can report without any time hassles.  Twitter support reports can now be anonymous.  Select the report tab, select reason for block.  That's it.  The tweet has been reported.  If the person is already blocked, or even blocks you, the method is the same.

I have included pictorials below. 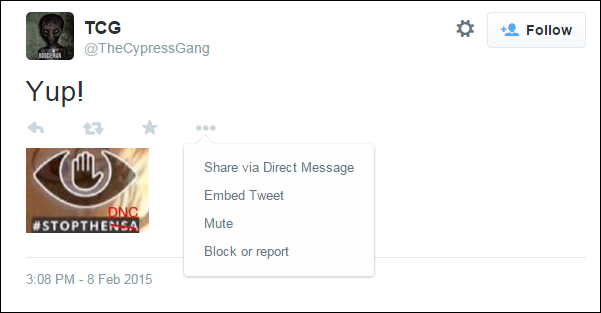 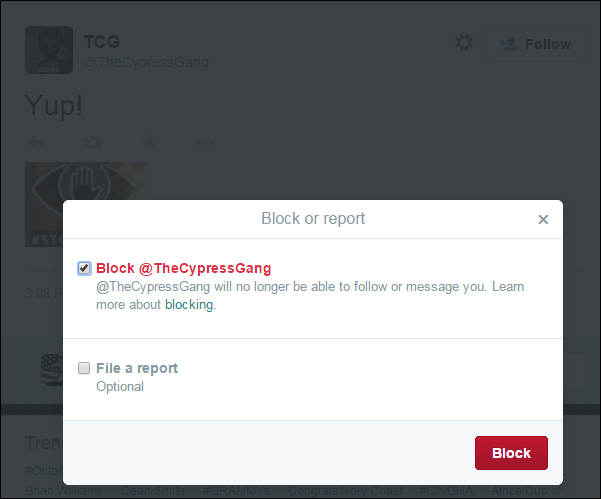 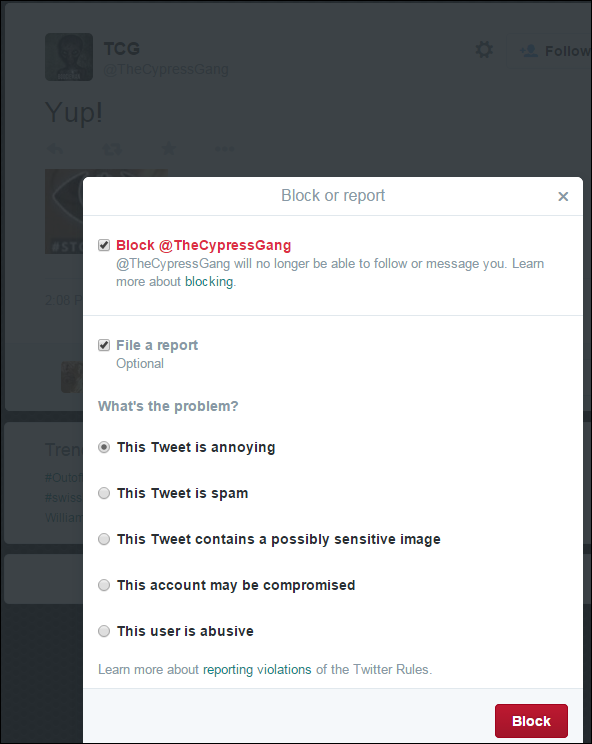 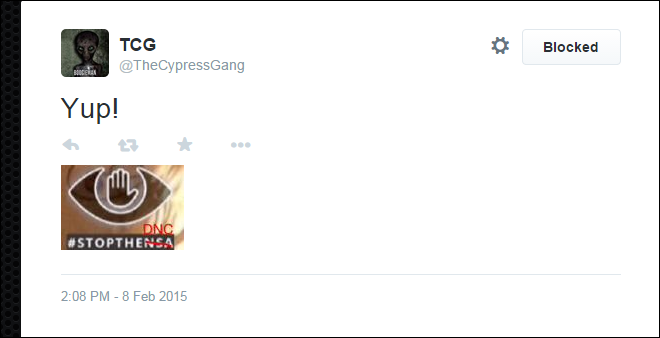 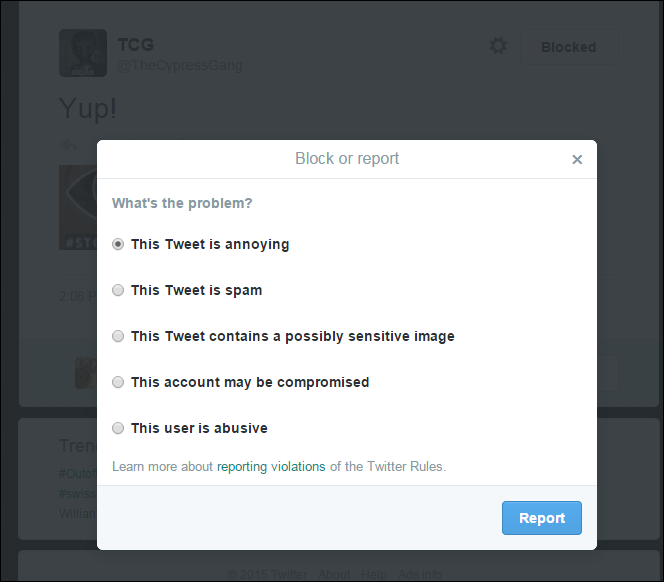