*sigh* @UnitePink #FactsMatter Your stalker is in your head, not on Twitter.

*sigh* @UnitePink #FactsMatter Your stalker is in your head, not on Twitter.

I was a mix of bemused, irritated and pity.  You really think that Zile is out to get you, pegs you stalk worthy. That says more about you than him. Let's just throw this in to start.

Now the start of your rant.  First you get poked, by NOT Zile. 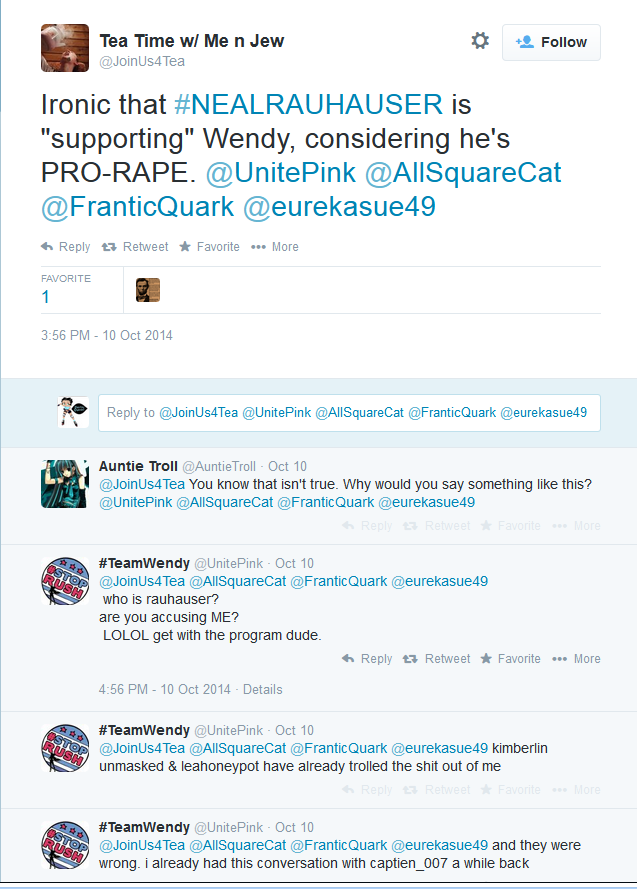 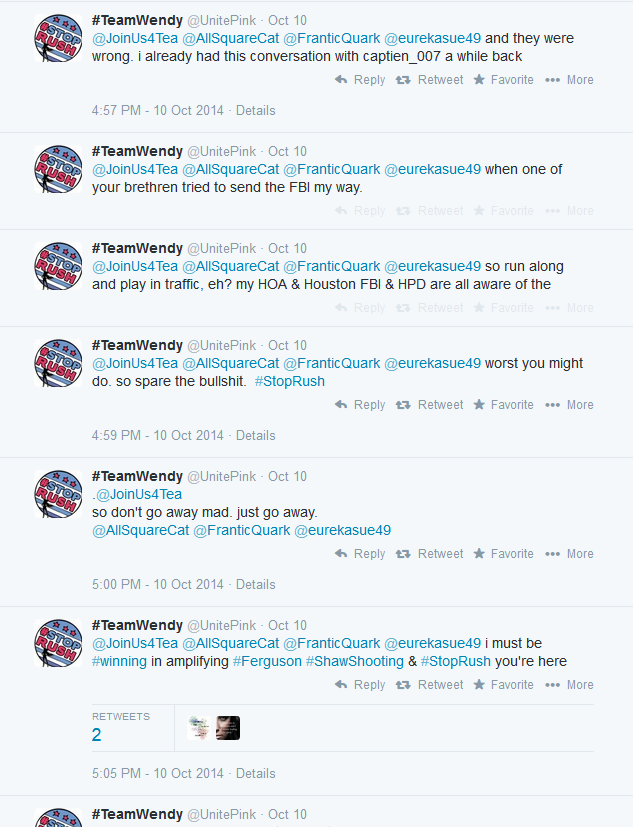 Then you call in Captian_007, an apolitical account (although you mistakenly misspelled and called his troll), and then you appeal to your favorite hashtags.

Sounds like you are a little confused and throwing in the kitchen sink.

But no, no matter what is really going on, it is Zile, because you are so important? Lets continue with your rant... 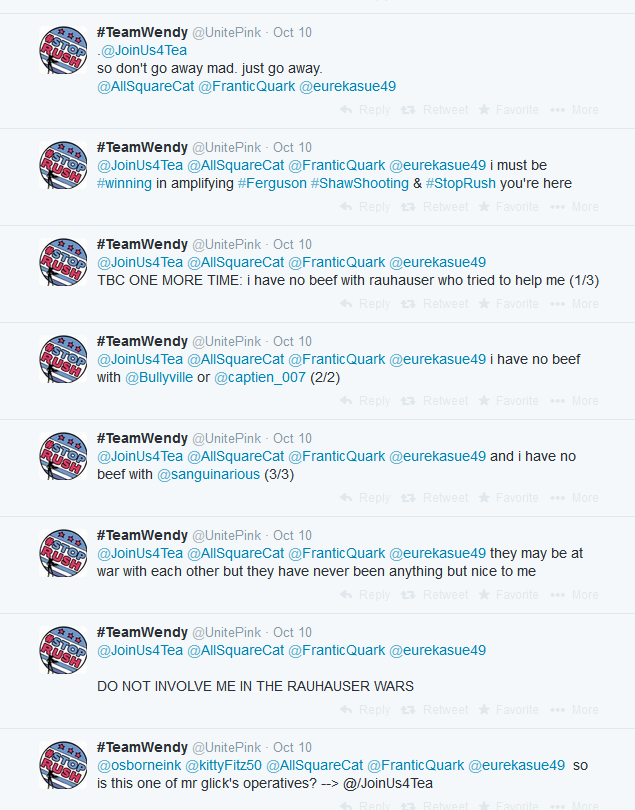 Calls in Bullyville, pleas again to Captian_007 and then reaches over to Sanguinarious.

Sang is the first one to answer your plea.  I'd really like to thank him as he expertly got you to pour you heart out. Granted, it seemed that you needed him too. On the eve of "coming out day" you wanted to declare that you were previously known as @1000DaysOfRamen, such an accomplished title and all. 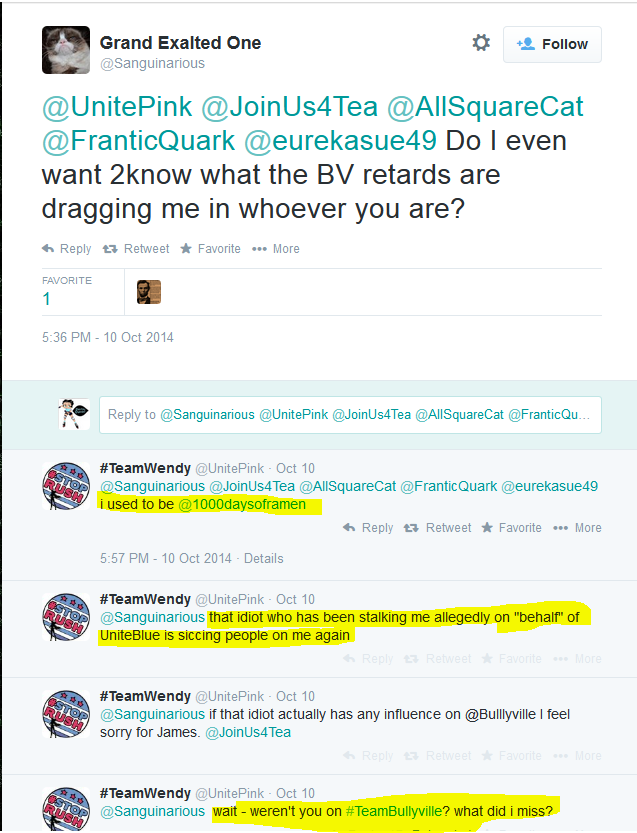 Clearly you have no clue, but your paranoia has you spooked.  Let's step back and review.

This is part one.  Your rant was long, and apparently you have been saving it up.  I plan to respond to the rest, because #FactsMatter.